Swooping in to save the day

The Falcon and the Winter Soldier review 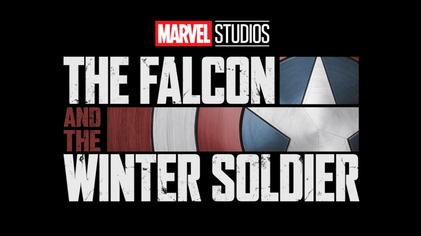 The Falcon and the Winter Soldier took the marvel fan base by storm, getting their attention. It has a range of funny banter between Sam, known as Falcon, and Bucky, known as the Winter Soldier, and great acting by Wyatt Russell with his character of John Walker, getting the fan base to hate his character as the new Captain America.
From here on out there will be spoilers for the show. In The first episode we had a nice chase scene with Sam and the Villain named Batroc. In the chase scene Sam destroyed an attack helicopter. At the end of Endgame Steve Rodger, or Captain America, gave Sam the shield, passing the mantle of Captain America. In the first episode we learn Sam does not want to take on the mantle of Captain America, and he gives the shield to the government to put in a museum. Also in the first episode we learn of a revolutionary group who is trying to make the world how it was before the events of Avengers Endgame. At the very end of the first episode we find out that the government lied to Sam and gave the shield to the new Captain America, John Walker.
In the next two episodes we find out that Bucky does not like Sam’s decision to give up the shield. In the second episode we see Sam and Bucky track down the Flag Smashers, the terrorist group trying to make a world without any borders. In that episode we learn the leader of the Flag Smashers is Karly Morgenthau, and that they are super soldiers. In this episode an amazing scene is the therapy scene with Sam and Bucky that is amazing. It shows Sam how Bucky really feels about Sam giving up the Shield. And an amazing scene was when John Walker said to Sam and Bucky, “don’t get in my way.” That scene made the viewer feel anger towards Walker and made him look like the hero- villain. In the third episode we see Bucky help break Baron Zemo out of prison. Sam and Bucky used Zemo for his help of tracking down the Flag Smashers. Zemo takes them to a place called Madripoor. It is a city where there are no laws, and the power broker is in charge. We learn that Sharon Carter was exiled there after the events of Captain America Civil War. In this episode we get an iconic meme in the marvel world of Zemo dancing. We also find out where the Flag Smashers get their super-soldier serum. At the Very end of episode 3 we find out that the Dora Milaje. A elte group of Female soldiers from Wakanda is tracking Zemo to take him to a Wakanda Jail.
Episodes 4, 5 and 6 are three amazing episodes of the show. In episode 4 Walker, Sam and Bucky were having an argument when the Dora Milaje showed up to take Zemo. A fight started between Sam, Bucky and John Walker vs the Dora Milaje. In the fight Zemo escapes and runs off. At the end of the episode Walker Brutally kills one of the Flag Smashers, after Karly killed his best friend, Lamar, committing a WarCrime after he gave himself up. In the beginning of episode 5 we see Sam and Bucky take the shield from John Walker. Near the end of that episode we see Sam finally accept the role of Captain America. And he gets a box from Bucky from Wakanda, which holds his new Captain America suit. At the end of the episode we find out that Karly is planning on attacking New York. In Episode 6 we get to see Sam in his New Captain America suit, which looks amazing. We got the Big fight scene we wanted and have been waiting for the whole series. The fight scene did not disappoint at all. After the fight scene we get to see Sam make a very important speech that blew the socks off of me over how good the speech was. We also find out that Sharon Carter was the Power Broker, a shocking twist to her character. At the very end instead of “Falcon and Winter Soldier” the credits said “Captain America and Winter Soldier,” setting up Captain America 4.
This is the Second TV series Marvel produced, the first of course being Wanda Vision. Both Shows were good, and both shows had a hilarious trio: for Falcon and Winter Soldier it was Sam, Bucky and Zemo. Wanda Vision had Jimmy Woo, Darcy Lewis and Monica Rambo. Both shows had the main Character take on a new mantle, with Wanda taking on Scarlet Witch and Sam becoming Captain America.
Overall The Falcon and the Winter Soldier was an amazing show with great acting, amazing action scenes and amazing character development. If I had to rate this show I would give it a 9/10.