Students and staff are beginning to have hope as 2021 begins 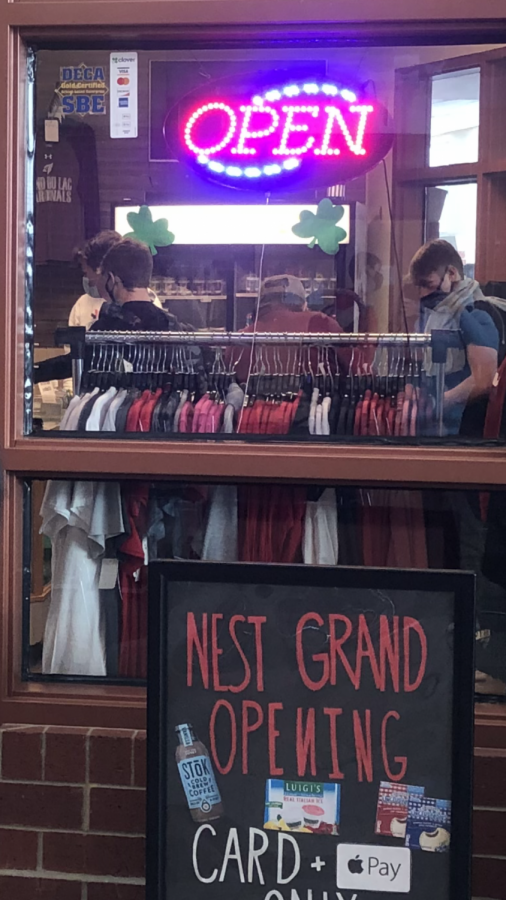 It would be redundant to write a story on how awful, unprecedented and devastating 2020 was for everybody. February marks the second month of the new year, and students are looking forward to the light at the end of the tunnel.

Clubs and activities all around the school are starting up again. Gamers Club had their first meeting Feb. 18. Football and girls tennis is beginning March 8. Boys and girls volleyball begins Feb. 22. Boys soccer begins March 22, and girls golf begins March 29. Aside from sports, the Cardinals Nest fully opened Feb. 15.

Although COVID-19 is still rampant around the world, cases are beginning to go down. According to the Fond du Lac School District website, students and staff isolated due to COVID-19 went down at the new year. From Nov. 29 to Dec. 26, there were 85 quarantined. From Dec. 27 to Jan. 23, there were only 56 quarantined.

Additionally, administration is allowing for more in school events. For example, the theater program held an acting showcase in place of the winter play with four tickets per family per night, with two show nights.

“I’m really excited for this play, despite the circumstances,” sophomore Alex Hlinak said. “I really like how even though everything is against us, we’re still able to do it and grow as performers.” Additionally, the choir and band departments are holding parent only concerts.

Theater isn’t the only extracurricular that is finding ways to stay active. The basketball and swim teams managed to have an entire season, and football and golf teams are beginning as well.

“I’m really looking forward to golf starting up,” senior Ethan Harbridge said. “I practiced last year a lot during quarantine and I’m excited to show off my skills in front of everybody.”Aside from sports, Gamer’s club recently announced a meeting to kickstart their year as well.

Besides numerous extracurricular activities beginning, the school board has decided to send students back to school five days a week starting Feb. 15. Students have expressed mixed opinions on the matter.

“I think it will be difficult at first for students to get back into the routine,” senior Allie Rathe said. “However, students who struggle with online work will really benefit from going back five days a week I think.”

“As far as COVID-19 is concerned, we as a building will continue to emphasize our safety protocols, which we have been doing very well at all year,” AP Psychology teacher Mr. Edwards said. “For some that means remote learning, and for the rest of us that means masks on at all times and sanitizing! Now from an academic standpoint, (and specifically AP Psych), 5 days a week will have its positives. We will have more time to cover content and hopefully a lot of students will find it easier to manage workloads.”

Things are looking up on a larger scale as well. Wisconsin went from 7,029 new cases to 1,613 new cases from Nov. 21 to Jan. 21 according to the New York Times. Professionals are working towards perfecting a vaccine that can be released to the public, which would likely drop cases even more.

Being hopeful for the future has felt near impossible for most since the pandemic began, but students are starting to find hope.