We Are Cardinals • January 8, 2021 • https://wearecardinals.com/1308/showcase/what-makes-a-commendable-horror-film/

What Makes a Commendable Horror Film?

The dos and don'ts of horror story-making 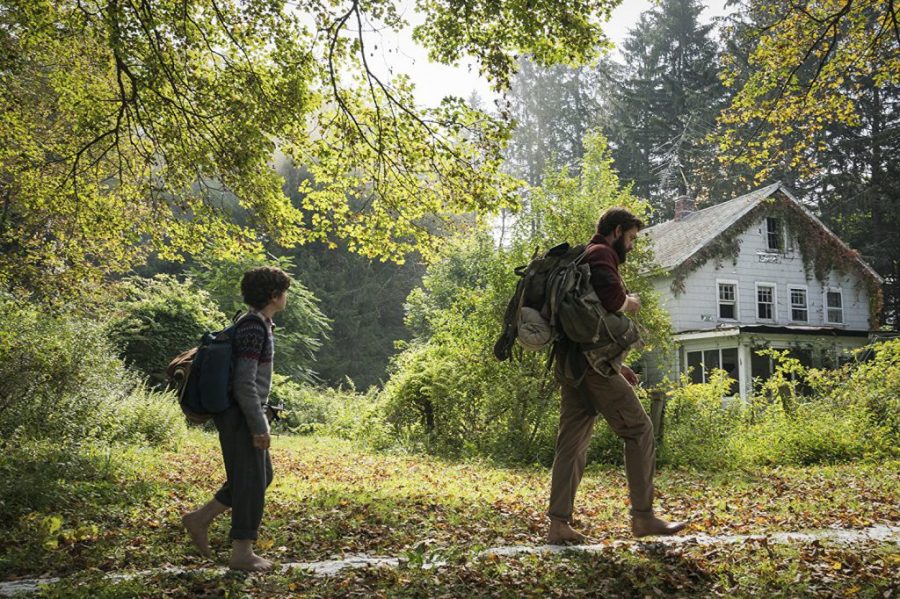 When you think of “good” horror, what comes to mind? Do you picture the classic monsters like Dracula, Edward Scissorhands and Godzilla? Maybe, it’s gore or psychological, or even the supernatural.
The movie industry as a whole has caught on to what makes the most sales. There are certain formulas used for story-making for the purpose of pleasing the general public, which makes for a lot of cliches and, frankly, a lot of boring, repetitive, horror films, regardless of how talented the actors and set designers are.
So, I ask again, what makes good horror? Pondering this question, I took to the internet to search for what are considered the “best” horror films. Many movie analysts and fanatics mentioned “A Quiet Place,” “The Platform,” “Hereditary,” “Get Out,” and Stephen King’s vast repertoire of horror stories. Then, I came up with a list of checkpoints that each of the best had in common.
Most important is the confidence to make “out there,” surprising decisions, being careful not to over do it or be inconsistent. What that means is avoiding the safe cliches. Stephen King, who I’ll be mentioning quite a bit, literally made clowns, cats, and twins scary. A good screenwriter does not need to rely on jump scares to be shocking. “The Witch” directed by Robert Eggers is phenomenal at presenting disturbing images to the audience as they are, without dramatic build up or a loud “BANG” as the boogie man jumps from the shadows. It is much more effective at unnerving the viewer through subtle progression. Also, it is common for formulated horrors to be action packed and exciting, which is great and all, but it’s not absolutely necessary to be fast paced in order to be terrifying. A good horror movie uses a variety of scare tactics to strike fear into the hearts of the viewers, while also making sure that each scare is deliberate and makes sense in the story.
In close second to original story-writing is “the promise of horror,” which Screened defines as the relatability of the story’s characters. Stephen King has perfected the ability to make characters into real people with real qualities and real flaws, as well as giving them development throughout the story as they respond to the circumstances and events in it. The reason his novels scare us so much is that, no matter how absurd the antagonist is, we can empathize with the characters in one way or another– because we’re human.
Mystery is crucial in keeping the viewer engaged. Being able to allow the audience to wonder and infer– without creating plot holes– is a difficult but amazing technique in storytelling. The ending to a story doesn’t have to be a happy one, or even satisfying, as long as the viewer leaves the cinema thinking closely about what they just watched. Along with that is the believability of the details in the plot. If something doesn’t make logical sense, the viewer will pause to process it, breaking their immersion. “A Quiet Place” does a great job of increasing believability by taking into consideration even the slightest details, like how their chess pieces are felt fabric so as to not make any noise that’ll attract the aliens.
Last on my list are the obvious style elements of a film. Music and color palette have more of an impact than you’d think. If you’ve seen edits of movie scenes without the music, you’ll know how bleak they are. Camera angles and movements also play a role in creating a tone. In “The Platform,” a cuban psychology horror, the camera mimics confusion and claustrophobia with uncomfortably close zoom shots and lens blurring. Small things like this can make all the difference in the quality of any film.
Stephen King said, “The horror genre is an extremely delicate thing. You can talk to filmmakers and even psychologists who’ve studied the genre, and even they don’t understand what works or what doesn’t work. More importantly, they don’t understand why it works when it works.” So know that there is no absolute definition of “good horror.” Just, watch whatever makes your skin crawl, and enjoy it!

If you are looking for some horror recommendations, though, here are a few you have to check out:

The Platform, a great psychological horror with heavy metaphors and gore that will leave you questioning everything.
It (2017), one of the best films based on Stephen King’s novels with a wonderful mix of horror, thriller, comedy, and sentiment.
The Witch, a story so creepy and disturbing, you won’t be able to sleep afterward.
Both the Alien and the Predator series’, perfect for those who love sci-fi horror and are looking for a longer story.
Train to Busan, a zombie movie set in Korea that’s sure to leave you in tears.
Get Out, a thrilling take on real world issues by arguably one of the best screen-writers, Jordan Peele.
A Quiet Place, a heartbreaking yet beautiful alien movie.
The Blade series, a perfect story for those who are into action and the supernatural.