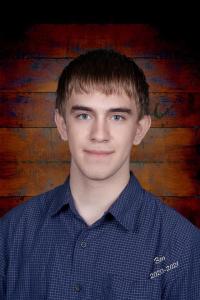 It all started in Kindergarten for Ben Hansen. It was the end of an average school day, and the bell rang to dismiss the students. All the kids left class, but Hansen noticed a strange detail about the bell sound. “It’s playing a B note,” Hansen said to Mr. Fee, his music teacher. Mr. Fee was doubtful at first, but sure enough, it was a B. Mr. Fee then asked him to identify other notes with no pitch device, and he did so flawlessly.
This was when Hansen realized he had perfect pitch. In the music world, it is near impossible to identify a pitch or a note without using a piano as some sort of reference. Perfect pitch is the ability to identify any pitch without a piano or pitch device to help. According to the Interactive Autism Network, roughly 5 in 10,000 people have perfect pitch. “Having perfect pitch makes it very easy to learn new songs in choir,” Hansen says.
Aside from having the ability to identify notes flawlessly, Hansen is always able to tell if any song is slightly off key. Over the years, he has learned that not everybody wants to know if they’re off key.
“Back in fourth grade, we were singing a song in a different key than what was printed. I raised my hand politely and mentioned that we were off key. The teacher said he knew, and was doing it on purpose,” Hansen said. In choir class, the teacher will often ask him for the starting note to a song just to show off his unique ability. “It’s a pretty cool feeling, being able to help people find the right note if they ask for it,” he said.
Overall, Ben’s perfect pitch allows him to understand and learn music at a much faster rate than his peers. “If I had to pick a favorite part of having perfect pitch, it’s that it allows me to be a leader when performing,” he said.